The Missionary as a Servant 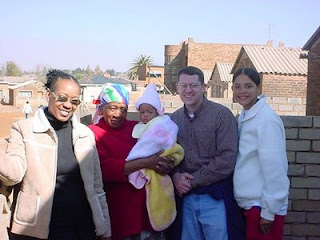 I just finished reading an excellent book by Duane Elmer called Cross-Cultural Servanthood: Serving the World in Christlike Humility. For all those that are cross-cultural missionaries, I highly recommend you read this. And thanks to my good friend, Greg, for introducing me to it.

In the book Elmer tells the following story:

"One young missionary, Chuck, found the first couple years on the mission field challenging but adventurous and delightful. As he got more and more into the culture he found himself spending increasing time with the local people. The enjoyment seemed mutual, and the local people began to share deeply from their hearts, just as he did. Chuck shared what he was learning with his missionary colleagues. The colleagues wondered why they had not had a similar response since they had been there much longer.

After a couple years Chuck and his wife began inviting the local people into their home. They invited the older pastors first, knowing this was how to show respect. Eventually the younger people were included. He knew that many missionaries didn't invite the local people into their homes, but he wasn't sure why. So he kept on. Furthermore, in this culture, the local people usually came in the back door of the missionary's house - the door that servants used. They would wait there or sometimes be invited in to sit for a few moments until business could be transacted. Chuck failed to understand why the back door should be required for the pastors and other local people. So he brought his local guests in through his front door, seating them in his living room. At the appropriate time they would gather around and all would eat together.

Relationships broadened and grew stronger. However, the young missionary didn't realize he was violating an unwritten rule among his missionary colleagues - "It's best not to get too familiar with them." Missionaries were to evangelize, disciple, and build the church. If someone got too close to the local people, they surmised, he or she could not be objective in accomplishing the task. Their reasoning seemed feeble.

Chuck believed he was there to serve the people, which certainly included getting to know them, understanding their culture and fitting in. That required time together, not just in business or strategy meetings but in the flow of life and leisure. While the relationships with local people prospered, the opposite was true with his missionary colleagues. He was increasingly left out of events, overlooked in various ways and effectively marginalized. He increasingly thought about quitting before completing the term. Clouds of discouragement settled in, and life held little joy. The fog was dense - the mystery nearly crushing. At the end of his term of service Chuck returned to the U.S., pursued some additional education and became involved in ministry. While the days were bright and exciting, the fog still hung over that earlier period of his life.

Ten years later Chuck returned to the country and began looking up old acquaintances. One pastor, part of the circle of relationships the missionary had enjoyed, asked him to preach at his church. Visitors are often extended this honor. Early in the service the pastor made some reference to a special person in the congregation who "changed the history of missions in this country." Chuck scanned the 350 or so people but saw no one from his previous years that he recognized who might have earned such recognition.

Later, the local pastor repeated the statement as he was introducing Chuck to speak. Puzzlement came over the missionary, thinking he was being confused with someone else. His legacy had been a few relationships and a lot of fog. The pastor continued,

"This man invited many of us into his home. Not only that, he brought us through the front door. Then we sat in his living room and ate at his table. No other missionaries did that in those days. Now nearly all the missionaries invite us into their homes through the front door and treat us as honored guests - as equals. In this way, he changed the history of missions in our country."

After ten years of fog, it all lifted in less than one minute. The mystery was explained."
Posted by scottmcrocker at Wednesday, October 29, 2008