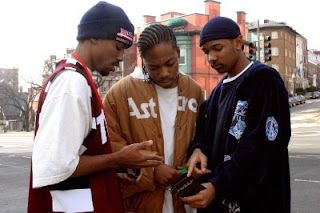 Leadership magazine conducted a survey this summer and asked several hundred evangelical Christian pastors about their view of the gospel, mission and how verbal proclamation of the good news and the expression of good deeds work together. Among the findings was that there has definitely been a shift in thinking to this regard, even from just a decade ago. The survey uncovered the following from those interviewed:

It hasn't just been Leadership magazine that has acknowledged this trend. Even the Wall Street Journal picked up on this development. Writer Dale Buss noted the following:

"This shift constitutes a mega development in the world of megachurches. For over 30 years, Willow Creek [the megachuch located outside of Chicago] grew explosively thanks to its obliqueness toward Sabbath-day orthodoxy and quickly became the standard-bearer of a powerful new movement in evangelical Christianity. Thousands of churches sprang up in its wake and grew the same way. But recent market research showed Willow Creek's leadership that some great weaknesses lay beneath the surface even while average weekend attendance had grown to 23,000 people. Too many of their flock, Mr. Hybels and his staff discovered, considered themselves spiritually 'stalled' or 'dissatisfied' with the role of the church in their spiritual growth, and huge portions of these groups were considering leaving Willow Creek because of it" (Wall Street Journal, July 27, 2008).

With more evangelicals advocating issues of social justice, creation care and aid to the poor, there is a concern among many of us committed to the cause of evangelism that a drift away from the need to verbally share the gospel is taking place. Although we do need to continue to ensure that we as followers of Christ stay committed to simple presentations of the gospel through our words, the Bible does not make the separation between verbal proclamation and lifestyle witness that we often do. In fact, Jesus consistently affirmed that our actions do matter greatly. Look at what He said in Matthew 25:

"When the Son of Man comes in his glory, and all the angels with him, he will sit on his throne in heavenly glory. All the nations will be gathered before him, and he will separate the people one from another as a shepherd separates the sheep from the goats. He will put the sheep on his right and the goats on his left. "Then the King will say to those on his right, 'Come, you who are blessed by my Father; take your inheritance, the kingdom prepared for you since the creation of the world. For I was hungry and you gave me something to eat, I was thirsty and you gave me something to drink, I was a stranger and you invited me in, I needed clothes and you clothed me, I was sick and you looked after me, I was in prison and you came to visit me.'

"Then the righteous will answer him, 'Lord, when did we see you hungry and feed you, or thirsty and give you something to drink? When did we see you a stranger and invite you in, or needing clothes and clothe you? When did we see you sick or in prison and go to visit you?' "The King will reply, 'I tell you the truth, whatever you did for one of the least of these brothers of mine, you did for me.' "Then he will say to those on his left, 'Depart from me, you who are cursed, into the eternal fire prepared for the devil and his angels. For I was hungry and you gave me nothing to eat, I was thirsty and you gave me nothing to drink, I was a stranger and you did not invite me in, I needed clothes and you did not clothe me, I was sick and in prison and you did not look after me.'

"They also will answer, 'Lord, when did we see you hungry or thirsty or a stranger or needing clothes or sick or in prison, and did not help you?' "He will reply, 'I tell you the truth, whatever you did not do for one of the least of these, you did not do for me.' "Then they will go away to eternal punishment, but the righteous to eternal life."

In addition, James affirms this sentiment when he said:

"What good is it, my brothers, if a man claims to have faith but has no deeds? Can such faith save him? Suppose a brother or sister is without clothes and daily food. If one of you says to him, "Go, I wish you well; keep warm and well fed," but does nothing about his physical needs, what good is it? In the same way, faith by itself, if it is not accompanied by action, is dead."

For those that advocate only good works, we need to remember that good deeds are not enough. A social gospel that never explains Jesus as the motivation is really no gospel at all. There are many that feed the poor and care for the sick that are not Christians. Our deeds matter, but the importance of our words cannot be minimized either. When Jesus gave his instructions in Mark 16 to "go into all the world and proclaim the gospel" or told his disciples in Acts 1 that they would be His "witnesses", he was speaking of declaring verbally the good news. The call of Jesus is to show His love by both caring for the needs of other and by sharing with others how they can have a relationship with Him.
Posted by scottmcrocker at Wednesday, November 19, 2008