When the Majority Becomes the Minority 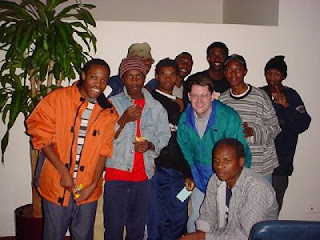 A couple of weeks ago I wrote about the changing demographics within America and the increasing ethnic and cultural diversity that is taking place as a result. For those of us that are part of the majority culture, we need to realize that the frequency of situations where we are the only white person in the room will increase.

Many might not experience this much now and, for some, it may take decades. But it is happening. I was recently sent a report from a white, American missionary that spent some time at a conference for Asian American students. Here was what he experienced:

"One of the things I became keenly aware of this past weekend is that I was one of a few white people in the midst of the Asian-American crowd. I could “feel” that something was different. While I have experienced the same sort of scenario when I have gone to Asian countries, this was totally different. In a foreign country you expect it. At home you do not expect to be a minority (at least I don’t) so it really played with my mind bit.

Even though I was surrounded by brothers and sisters in Christ, I still felt like an outsider, like I don’t fit. I found myself often standing in meetings while people were mingling, or in the lobby and no one initiated with me, even though my clearly displayed name tag signified that I was part of the conference.

Now, as an adult I knew what was going on. I was indeed NOT part of the crowd, not an “insider.” While I did experience feeling a bit lonely, and uncared for, I processed it like an adult and realized it was nothing personal. They were not trying to ignore or marginalize me, . . . I really was the outsider wanting to be a part. So it often took initiating on my part to actually connect with people.

This was very eye opening as it helped me experience what others who are minorities feel when the situation is reversed and they are the outsider, the minority in the group. I understood how people could feel like others just don’t care. I knew they did care at the conference, but a less mature person…might not process things the same way and walk away feeling hurt.

I believe my experience will help me be more aware of the new person, the visitor, or the minority student who steps in to our midst and to go out of my way to connect with them and help them to feel welcomed and wanted.

It was a great learning experience for me!"

One of the best things that those of us in the majority culture can experience is to spend some time immersed in another culture -- even right within our home country. Since I spend much of my time within African American environments (and have for close to a dozen years), I am fairly used to it and feel pretty comfortable in that setting. But I've also been in places where I'm the only person in a crowd of Hispanics or Asians. Although I enjoy the people, I am not as "at home" in those settings. My Spanish is limited and I feel like an outsider when others are communicating in a way that I can only gather bits and pieces of what they are saying. I've been in Asian restaurants where I'm not sure about the appropriate way to eat the food and I become particularly self-conscious about whether I'm doing things the right way.

Even though most of these situations can be unsettling, they are usually temporary and I can get back to my comfort zone within an hour or two. But try being in that situation for several days, months or years. Those experiences change you at your core. You can longer dismiss those from "minority" culture as being overly sensitive or easily offended. Once you know what it's like to be the only person that looks like you in the room, your appreciation for the experience of others grows tremendously.
Posted by scottmcrocker at Tuesday, February 03, 2009

Thank you for posting this!!! As a member of a minority (Asian-American), the way you describe being in a crowd full of Asians as the only white person, is EXACTLY how I feel when I'm outside, going to work, at work, taking professional courses, etc. I grew up here since I was 9 yrs old but it's 2-3 times harder to "fit in" and network w/ people b/c they're not as interested in getting to know you as they do of others who look like themselves. It's natural and human to flock to what is "familiar". But your post made me realize how human it is to feel the way I do, and that it's totally natural. It's the way God made us and God also gave us the ability to relate to one another, in a reverse psychological way. Thanks again!