Standing Up For Marriage 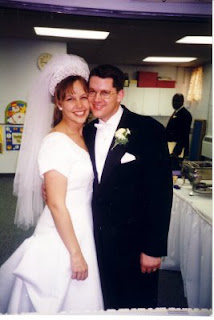 In many circles a major story has been lost in all of the news coverage of the election Barack Obama. In several states (including the one in which I reside, Florida) measures were passed that would legally define marriage as the union between a man and a woman. Surprising to many, this type of measure passed in the state of California. Generally regarded as a left-leaning and progressive state, a number in the gay community did not respond positively to this development.

In fact, protesters have even picketed Mormon temples and Christian churches for their perceived role in the passage of Proposition 8. Conservatives view legally accepted marriages between homosexuals as an assault on a sacred institution, whereas liberals view it as a natural progression in the granting of equal rights to a group of people that have been historically oppressed.

In a pluralistic democratic society, how should we respond when there are proposed changes in the law when it comes to those institutions that we consider sacred, such as marriage? One of the major challenges in the discussion of a sensitive topic such as this is to realize that there are actually at least two different senses in which we view marriage. First, it is a union in the eyes of God "til death do us part." Second, it is a legal contract in the government's eyes that can be broken when seen fit by one or both parties. This is wherein the rub lies. In one sense it is holy, sacred and eternal; in the other it is secular, temporal and limited to this age. Maybe the perspective that C.S. Lewis shared on marriage in his classic Mere Christianity needs to be considered:


"Before leaving the question of divorce, I should like to distinguish two things which are very often confused. The Christian conception of marriage is one: the other is the quite different question — how far Christians, if they are voters or Members of Parliament, ought to try to force their views of marriage on the rest of the community by embodying them in the divorce laws. A great many people seem to think that if you are a Christian yourself you should try to make divorce difficult for every one.

I do not think that. At least I know I should be very angry if the [Muslims] tried to prevent the rest of us from drinking wine. My own view is that the Churches should frankly recognise that the majority of the British people are not Christians and, therefore, cannot be expected to live Christian lives. There ought to be two distinct kinds of marriage: one governed by the State with rules enforced on all citizens, the other governed by the Church with rules enforced by her on her own members. The distinction ought to be quite sharp, so that a man knows which couples are married in a Christian sense and which are not."

Perhaps those that are advocates for gay marriage are so infuriated at those that are against it is because many that claim marriage is sacred and holy treat it as if it is secular and temporal. According to a number of studies, those that identify themselves as born-again Christians divorce at essentially the same rate as the general population. How can we say that marriage is a holy institution that would be threatened by the legalization of gay marriage when an arguably greater threat is the frequency that Christians cheat on their spouses and the alarming rate at which Christians divorce?

In mentioning these realities, I am not attempting to bring greater pain to those that have already suffered the devastating heartbreak of a broken marriage. What I am seeking to do is to cause those of us that call ourselves followers of Jesus to first take a good look at ourselves. There are some in the public eye that are the most vocal critics of gay marriage that have had three or four marriages themselves. And they call it sacred?! When it comes to the marriage debate, the words of Jesus from the Sermon on the Mount resound:


"Do not judge, or you too will be judged. For in the same way you judge others, you will be judged, and with the measure you use, it will be measured to you." "Why do you look at the speck of sawdust in your brother's eye and pay no attention to the plank in your own eye? How can you say to your brother, 'Let me take the speck out of your eye,' when all the time there is a plank in your own eye? You hypocrite, first take the plank out of your own eye, and then you will see clearly to remove the speck from your brother's eye."

For those of us that have not gone through a divorce or physically committed adultery, we don't escape Jesus' warnings either:


"You have heard that it was said, 'Do not commit adultery.' But I tell you that anyone who looks at a woman lustfully has already committed adultery with her in his heart."

Jesus' teachings went beyond what we find comfortable. He spoke against divorce. He spoke against adultery. And, yes, he even spoke against lust. I do think that marriage should not be entered into lightly and I do believe that it should be reserved for a man and woman for life. But I also think it would do us well to consider that our words ring hollow to the mainstream when we claim to be advocates for that which is God-ordained yet continue to not demonstrate that in our own lives.

None of us are perfect and we will all fail from time-to-time so let us remember that our love will always go farther than our anger and that grace has more power to pierce the human heart than judgment.
Posted by scottmcrocker at Thursday, November 13, 2008

Thanks...that's a great post that clearly and simply articulates thoughts a lot of us in California have been arguing about.

I must agree with your assessment concerning the general state of marriage as a whole. As Christians and as leaders it is imperative that we first lead from a position of moral strength. The message rings somewhat hollow when so many that claim the sacred nature of marriage, yet have trampled over it through divorce.

However, despite our treatment of marriage the truth is still the truth. Marriage is no less sacred because we treat it that way. Much as the gospel is no less true and effective when we as believers sin and fall short of the Glory of God. There is no doubt a need for change on the marriage front.

Many churches have instituted pre-marital counseling programs, mentoring programs, groups, classes, and the like. President Bush has called for changes in the divorce process that would require couples to attend marriage counseling before going forth with divorce. There has been a great deal of money pumped into faith based initiatives that offer programs designed to strengthen marriages. I am certain you are more aware of such things than I I.

Despite the desperate need for change in the outcome of marriage both inside and outside of the church we can not let things deteriorate even further by allowing "gay marriage." Certainly, I would like for advocates traditional marriage to speak with moral authority evident in their own lives. Yet, at the same time do good where good can be done.

As for C.S. Lewis, one of my favorite writers, I believe we must look at his statements in the context of time. Times were different when he penned Mere Christianity. He was responding to the current conditions of his surroundings of the time. Though his writings are classic they emanate out of the context of time and culture. Such things have changed. The debate was not "traditional" versus "gay." It was "sacred" versus "secular." Both have daunting consequences. It is my belief that the consequences of today will have such an impact as to destroy the very fabric of our culture in terms of freedom of religion.

So as not to dominate your response page I will end there. Without a doubt, there is much more that can be said on this front.

Hey Scott, I decided to start my own blog. You can check it out at www.wordandpower.blogspot.com. Let me know your thoughts. You might be the firt person to visit. Spread the word if you find it worth while. Thanks.